Erik in discussion with Jen Murry (Town) and Matt Curran (college). Have been looking at the college park as this is along the Triangle Loop and Grand Fondo routes as well as centrally located. Identified a location by the bicycle loop racks across from Shaffer’s market. The station is designed to be bolted to concrete and the area is gravel, so need to find money or work donation to install a concrete footing.

The College may be open/interested in taking it indoors for the winter to extend its life, but would like us to take on installation funding/coordination. Matt was open to adding signage down the road to help identify it.

May be useful to add Triangle Loop sign in close proximity.

Amy: Investigating adding a similar Fix-it station in Vergennes along the Triangle Loop. Town of Vergennes may be able to fund installation. Also may be interest in adding a similar stand at the train station -- that probably needs VTrans approval/coordination.

Ideally each of the anchor towns of the Triangle Loop

Getting closer to launch with 2 bikes -- 1 commuter and 1 cargo. Bikes likely in Middlebury next week, then need to set up the reservation system. Local Motion is working with us to get the program running this summer, Safe Routes Middlebury/Frog Hollow partnership will take it over in future years as a long-term resource.

Also putting out temporary lawn signs in coordination with walk-and-roll to school days.

A program for an elected (or maybe appointed) official to get training and resources on advocating for complete streets. David could draft a nomination if someone appropriate is identified. Nominations close July 15th.

Laura met with the Addison County Chamber. They recommended Matt Haywood at The Image Farm for designing branding, logos, and signage.

The name is still outstanding, continuing with “Triangle Loop” as a placeholder for now.

Need to use the standard MUTCD bike-route sign with an identifying name included as part. 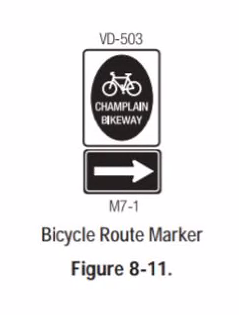 Will need almost 50 signs to account for all of the turns and a few long stretches without turns.

Mike: Get a small-scale grant to pay for the signs themselves, then have the towns contribute the labor of installation of the signs as their 50% match. Spoke to a road foreman and it was suggested to go to town manager (in towns where one exists) or selectboards as they need to decide and give direction to the highway department. Highway department would like to install them though as they install the rest of the signage on Town roads and can properly site and install the signs.

New Haven has the grant and is the process of finding a contractor to do the scoping project. Will know more about public input process after that contract is awarded. The study will identify a preferred alternative and a budget for that which can then go into grant applicat

Historic station in New Haven Junction needs to move for Amtrak service. Town of New Haven is likely moving it to North Street. Town is currently trying to decide what to use it for. A Bike fix-it station may be able to be located at the station.

Would be helpful to have a suggested route to present to the Planning Commission.

Discussed goals of route -- local commuters/regulars know all the shortcuts, but wayfinding more important for out-of-town visitors and should direct them past the key services (stores, shops, restaurants, etc) offered downtown so that they don’t accidentally miss the downtown as they go along. 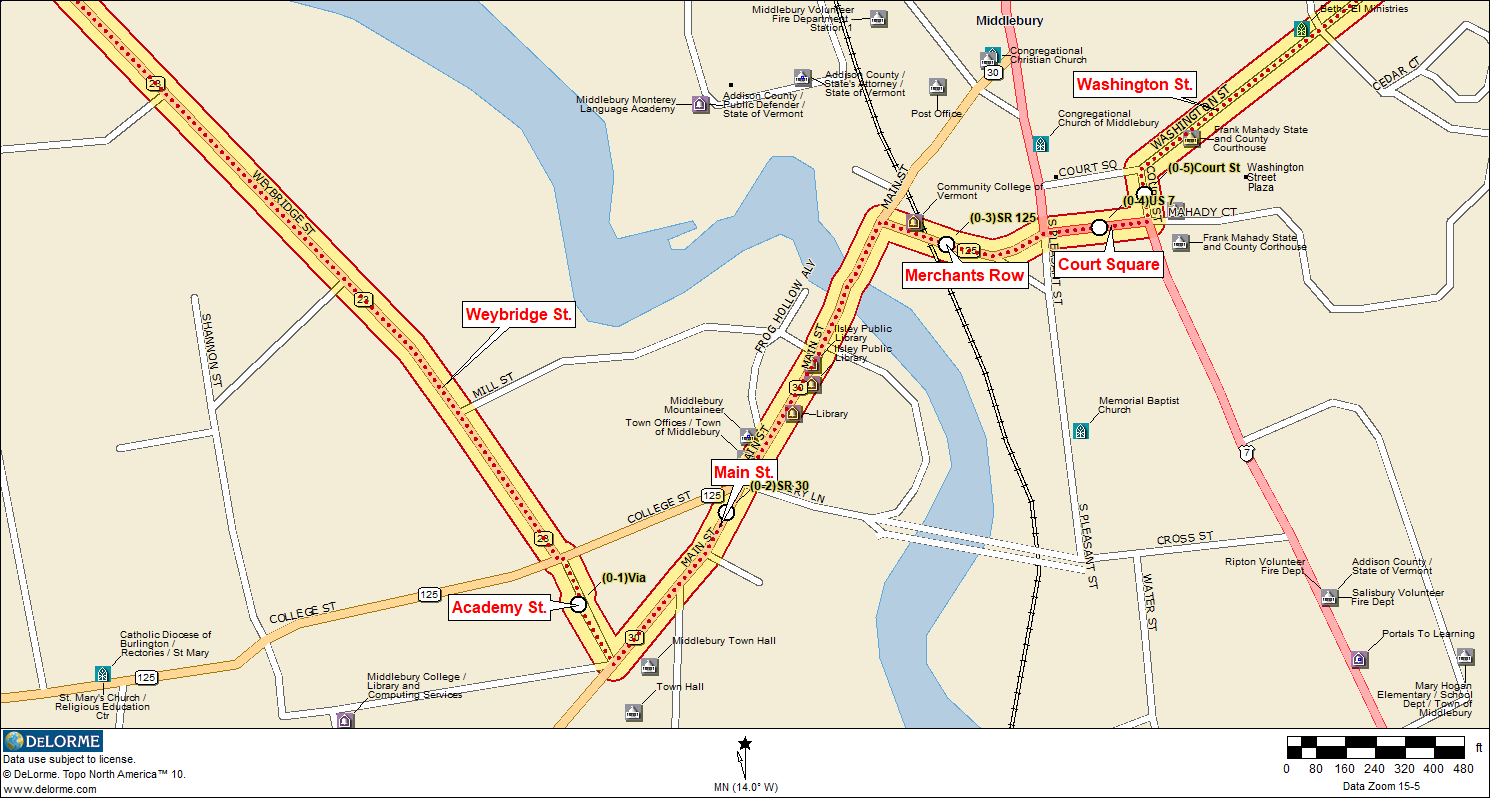 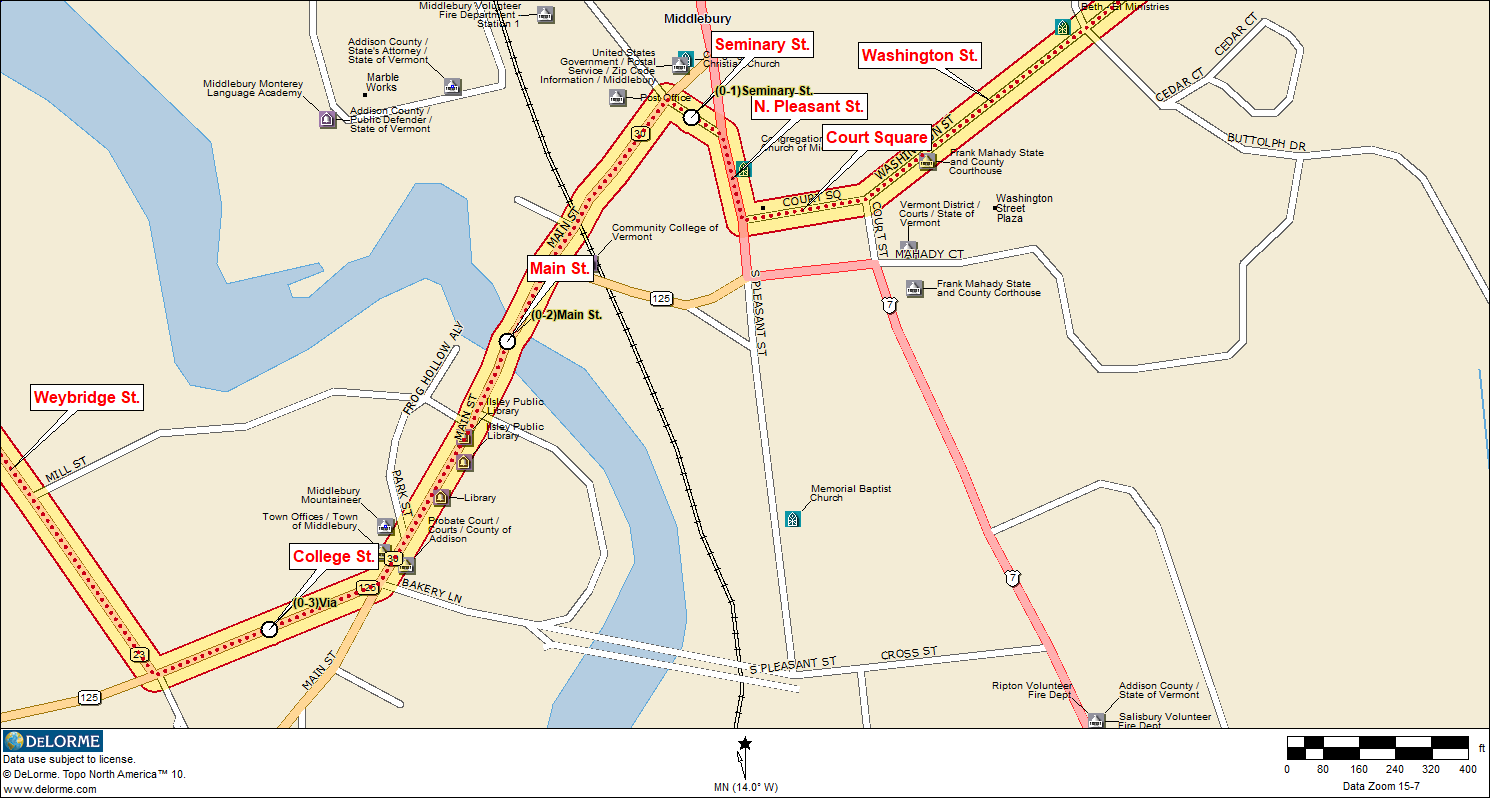 Adam to send a Doodle poll for first 3 weeks of August and another toward the end of September. Next two meetings will be Zoom, will discuss whether in-person will be possible after that.